A celebration of Spanish and Latin-American: Arts, Food, Music and Entertainment free of charge for all. Founded in 1982 the 36th. Anniversary of Hispanic Fiesta will take place once again at Mel Lastman Square in Toronto, Ontario, Canada during the Labour Day Weekend, Sept. 1, 2, 3 & 4, 2017.

Nissan Success On and Off Track at Le Mans

When the checkered flag fell at the 2013 Le Mans 24 Hours, Nissan-powered cars took the first five positions in the LM P2 class. The No.26 G-Drive Racing entry took a well-deserved podium finish in third place with the No.42 Greaves Motorsport Zytek-Nissan close behind in a fighting fourth position.

The No.42 Zytek-Nissan of Michael Krumm, Lucas Ordonez and Jann Mardenborough ran in third place for a large part of the race but took fourth at the flag after luck didn’t go their way.

“In racing you need luck,” said Krumm. “The whole team and all three drivers worked hard and made no mistakes but this year’s race was unique. We lost a driver yesterday and the entire race has been chaotic; I have never seen so many safety cars in a race. The luck wasn’t there for us as we lost time during nearly all of the safety car periods and I think ultimately that was the difference between taking a podium place or fourth place.

“My team mates were amazing,” he continued. “Jann took the start so I told him to keep it simple and that he could prove his speed during ‘happy hour’. I was so impressed with him. If you can push hard and not put the car in the wall you have talent and he is clearly a big talent and he deserves congratulations. Lucas was perfect; he kept his head down and delivered a solid, experienced performance. I think this was the most difficult race I ever had. Moments like the restarts in the rain and a few very near misses make me appreciate this fourth place finish.”

Lucas Ordonez was in the same position as Jann Mardenborough two years ago when he took part in his first Le Mans but as he explains the challenges of this race don’t get any easier.

“If you asked me if the experience of three years racing at Le Mans makes it easier I would say no way,” Lucas explained. “This was the hardest. It is difficult to keep the pace when the conditions are wet, then dry, then wet, then dry, and the whole race has been like that. The competition is closer than ever before this year but we knew we had a strong line up. To be fighting for a podium finish after qualifying in 12th place is amazing. During the Test Day I had to concentrate on getting my confidence back in the LM P2 car as I have been racing in GT3 so far this year. I have spent hours going over data with my engineer, really doing my homework and I think it paid off today.”

Jann Mardenborough has been the talk of the paddock during the 2013 Le Mans 24 Hours. He started the race and finished the race and put in some astonishingly fast times during triple stints in the night. It is a measure of Jann’s determination that he has just finished his first Le Mans and he is cross that he has missed out on a podium finish.

“To be honest I’m disappointed,” said Mardenborough, after taking the checkered flag. “I wanted that podium and we pushed so hard for it but it wasn’t to be. The last stint was tricky as I had to keep telling myself not to push on the wet tires. I really enjoyed racing here though. When you are on this track, on your own, with new tires and low-ish fuel, it’s incredible.”

Driver of the No.26 G-Drive Racing car, Roman Rusinov, was a little disappointed with his podium finish as he felt the class victory was within reach today. “We lost three laps in the night as we had to fix the number panel on the car,” explained Rusinov. “Then we finished just over a lap behind the winner. We were very fast but that’s racing. We are very competitive this year and we wanted to win but after such a tough race today we had a real feeling of “we made it!” when we were up on the podium after the race.”

Any good news today is tempered by the loss of Allan Simonsen, which has hit everyone hard at La Sarthe. The 2013 Le Mans 24 Hours produced some incredible on track battles but it will always be remembered as the race that had a sting in its tail.

“The first thoughts of everyone at Nissan are of course with the family of Allan Simonsen and Aston Martin Racing, which puts everything into perspective,” said Nissan’s Director of Global Motorsport Darren Cox. “We’re very happy with the top five in LM P2 and also to have four Nissan-powered cars in the top 10 for the race overall. Congratulations to G-Drive Racing for a well-earned podium. We have once again proved that the GT Academy selection and training procedures work and off track Nissan has brought innovation and excitement to Le Mans by putting the #fansfirst, creating the NISMOFanZone and broadcasting 25 hours of live television via Nismo.TV.” 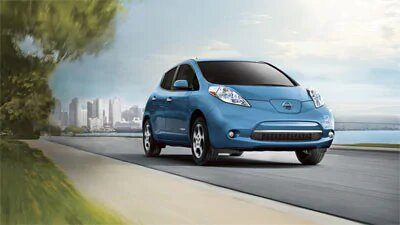 Nissan has been named one of the world’s greenest brands for 2013 in Interbrand’s third annual Best Global Green Brands report. Noted for its leadership in zero emissions mobility with the Nissan LEAF 100% electric vehicle, Nissan was ranked fifth place overall out of 50 brands that were selected. Nissan moved up 16 positions from its 2012 showing and was named the “top riser” in this year’s report, which was released today by the leading brand consultant.

The Interbrand green brand report ranks brands based on a company’s environmental practices and customers’ perceptions. Automotive brands took four of the top five positions. Reaching the top ten in only its second year of being chosen for the Interbrand top green brands roster, Nissan rapidly improved on last year’s 21st place result.

Cited in this year’s report was the Nissan LEAF 100% electric vehicle’s positive effect on perceptions of the brand, and an array of eco-friendly actions such as plans to cut vehicle weight by 15 percent starting in 2017, and Nissan’s collaboration with Daimler and Ford for the development of fuel-cell cars to be launched by 2017.

Nissan aims to contribute proactively to the sustainable development of mobility and society while seeking profitable growth. Accordingly, one of the key pillars of Nissan’s corporate and environmental strategies is to maintain its leadership in electric vehicles. To that end, with over 65,000 100% electric Nissan LEAFs sold as of May 2013, it is the best-selling EV in history. This recognition as a top global green brand is another step forward in Nissan’s commitment to reduce its environmental impact and communicate proactively about its corporate activities and innovative products to consumers.

For more information about Nissan’s products, services and commitment to sustainable mobility, visit our website at http://www.nissan-global.com/EN/ENVIRONMENT/.